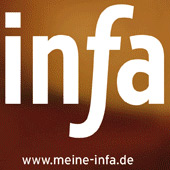 The infa exhibition has become a Hannover institution. Launched in 1954 as the “Lower Saxony Home Economics State Exhibition”, the event was put on in the Stadthalle convention center and featured 300 exhibitors on 4,000 square meters of space. The exhibition was primarily directed at housewives. Over the coming years infa was to develop into one of Germany’s most popular consumer exhibitions. Organized by the German Housewives Association and Fachausstellungen Heckmann, the show became known to a wide audience beyond the confines of northern Germany.

RC HISTORY
Way back in 1893 the Rakovshchiki brothers founded a liquor distillery.

Awards
Minskaya by Russian Cult, the winner from worldwide tastings

Our vodka is carefully handmade according to the original master recipe since 1893.
RC VODKA DRINKING

Straight, only slightly chilled!
We use cookies to ensure that we give you the best experience on our website. You can read about which cookies we might use and how to turn them off here.
I agree